By this point of a normal offseason, NFL teams have a head start on determining their biggest personnel questions and position battles thanks to 13 full-squad practices, plus three more for rookies. But with the coronavirus pandemic limiting offseason programs to virtual meetings, the absence of on-field work means the Seattle Seahawks go into the summer no closer to sorting out several unknowns.

These include two related questions: Will they continue to buck convention and favor their base defense over nickel? And can Marquise Blair force his way onto the field after a solid rookie season?

Here’s what the Seahawks do know: Blair is a candidate to play in nickel, unless last year’s second-round pick beats out veteran Bradley McDougald as the starting strong safety. 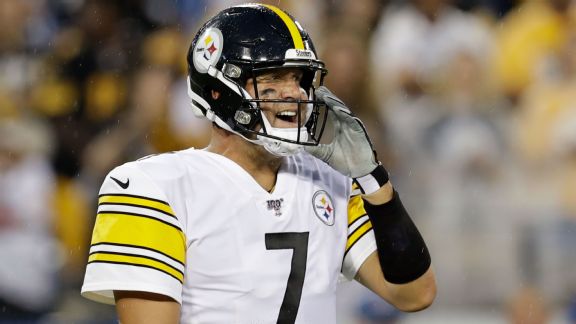 “Yes, as a matter of fact, he’s a guy we’re very interested in finding a role for,” coach Pete Carroll said this month when asked about Blair potentially playing in nickel. “We’ve already mapped that out. He’s got some real special talents that we want to find a spot for him … to go along and complement the safety play that he’s going to play. In the nickel package, he is going to get a lot of consideration to contribute in some additional ways because he’s unique and got some special stuff.”

That invites the question of why Blair only played 219 defensive snaps as a rookie. The Seahawks no doubt had trepidation over his readiness after he missed valuable reps last spring and summer with injuries to his back and hamstring.

But he looked ready during three fill-in starts around midseason, living up to his reputation as a big hitter and forcing a fumble at the goal line to help preserve an October win over Atlanta. That made it a surprise when Blair didn’t return to the starting lineup later in the season when free safety Quandre Diggs sprained his ankle and Lano Hill struggled as his replacement.

With Diggs locked into that starting job and McDougald still atop the depth chart at strong safety — for now — the Seahawks will let Blair compete with Ugo Amadi at nickelback. They believe the 6-foot-1, 196-pound Blair is fast and athletic enough to play in the slot, though probably more against speedier tight ends and bigger receivers than traditional slot receivers.

The Seahawks occasionally employed a “big nickel” package before, including with McDougald early in 2017 and more recently with Akeem King. So one possibility is for Blair and Amadi to share nickelback duties and alternate based on matchups. The Seahawks could also slide Quinton Dunbar into the slot in nickel situations and replace him at right cornerback with Tre Flowers, the starter there the past two seasons.

Another variable is Blair winning the starting job at strong safety. The 29-year-old McDougald has been an invaluable piece of Seattle’s secondary and played especially well down the stretch last year, but the combination of age, diminished speed and iffy durability could open the door for Blair. McDougald’s $5.4 million cap hit (versus $4.1 million savings if released) will factor into that decision.

Carroll wants to see those players on the field before deciding how much base versus nickel he plans to run in 2020.

“We’ll see on that one,” he said. “We have real good stats on it so that we know what we got out of what we did. But overall, we weren’t as effective as we’ve been … we’ve always tried to draw from the strengths of our players and that was one of the reason we did that last year, so we’ll see how that goes.”

The Seahawks weren’t wild about their nickelback options last season (Amadi and veteran Jamar Taylor) and felt that their third linebacker (Mychal Kendricks) could hold his own in coverage. That’s the gist of why they ran so much base defense, which means keeping all three linebackers on the field at once. They often remained in base against three wide receivers, which usually calls for a fifth defensive back to replace the strong-side linebacker.

The Seahawks used five defensive backs on 272 of 1,014 defensive snaps last season, the second-fewest in the league. That rate of 27% was less than half of what they averaged (63%) over the previous three seasons.

As unpopular as that approach was among many observers, the extra base defense wasn’t the reason the Seahawks struggled, at least not directly. As the chart shows, their nickel defense was downright awful while their base defense was significantly better in the same situations.

The personnel has changed since then. Taylor was released late last season, the Seahawks replaced Kendricks with Bruce Irvin in free agency and traded for Dunbar. Blair and Amadi are in a better position to contribute with a year under their belt.

It’ll add a layer of intrigue when training camp begins.