Kinlaw’s Gamecocks had just pummeled Greenlaw’s Arkansas Razorbacks 48-22, with a sophomore Kinlaw posting three tackles, including one for a loss.

But a couple of weeks before this year’s NFL draft, Kinlaw’s name reemerged on Greenlaw’s radar. That’s because Greenlaw had begun to hear rumblings of the Niners’ interest in Kinlaw with their first pick in the draft. With stalwart DeForest Buckner traded to the Indianapolis Colts for that 13th selection, the 3-technique defensive tackle position was suddenly a pressing need, and Greenlaw had a sneaking suspicion that Kinlaw might just be the choice to fill it.

After trading down one spot to No. 14, the 49ers selected Kinlaw, and Greenlaw thinks the rookie can have an impact right away.

“[He] is going to really be a perfect 3-technique for us and the way that we play,” Greenlaw said. “I think the way that [Nick] Bosa came and really showed his talent, I think Kinlaw can do the same thing and very well be the Defensive Rookie of the Year. I think he has that potential.”

What the 49ers are asking of Kinlaw is no small task. Replacing Buckner is something the 49ers would have preferred to avoid entirely, but when his price tag crept into the $20 million-plus range during contract negotiations, the Niners knew they would have to make the difficult decision to part ways with him and his 28.5 career sacks.

In exchange for Buckner, the Niners wanted a pick in the top half of the first round. The deal with Indianapolis was consummated in March, but general manager John Lynch had already seen Kinlaw in January at the Senior Bowl, where Kinlaw “absolutely decimated folks.”

Kinlaw was so dominant in Mobile, Alabama, and on tape that the Niners weren’t convinced he would be available when they made their first pick. They held out hope, but it was far from a guarantee that he’d become their Buckner replacement.

“It was real tough to lose DeFo, like as hard as anything, not only with the player but the guy,” coach Kyle Shanahan said. “But DeFo gave us a chance to fix a little bit and to be able to regain some of that. … There were a few guys who you can’t pass at 13 and Kinlaw was one of those guys.”

The 49ers select Javon Kinlaw with the 14th pick and his dad is ecstatic.

While Kinlaw will almost certainly be asked to take on the bulk of the snaps Buckner leaves behind, the Niners have been cautious not to put too much on his plate too soon. Because Kinlaw is essentially replacing Buckner, expectations will be high and comparisons will be inevitable.

But there are some differences that the Niners like about Kinlaw, too. For starters, Lynch said multiple times in the offseason that San Francisco could use a bigger body in the middle to help against the run. San Francisco was 22nd in the league in yards allowed per rush last season at 4.5.

At 6-foot-7, 287 pounds, Buckner cut the shadow of a power forward more than a space-eating defensive tackle. Kinlaw earned South Carolina’s nutrition award in 2017 for losing 40 pounds, and after two more years in the weight room, he is now 6-5, 319 pounds.

Scouts who watched Kinlaw saw a more physical player with the type of burst and power to add a slightly different dimension to the Niners’ defensive front. In his last season at South Carolina, Kinlaw was an AP first-team All-American after posting 35 tackles and six sacks with a 12.6 pressure percentage (second best among defensive tackles).

“He just embodies what we do as a D-line,” Bosa said. “Just the way he plays the run, he’s just a beast. He plays the run like we play it. He gets off the ball really fast and he’s just a giant human, perfect to replace Buckner, and I’m really excited.”

Kinlaw shares the Niners’ enthusiasm. In the run-up to the draft, Kinlaw was asked for his ideal landing spot. Even though San Francisco didn’t have a top-10 pick, Kinlaw still picked the 49ers.

“I think they might’ve been the best defensive line in football last year,” Kinlaw said. “I’m not just saying that. The way they play, they play the right way. I feel like they play the way the game is supposed to be played.” 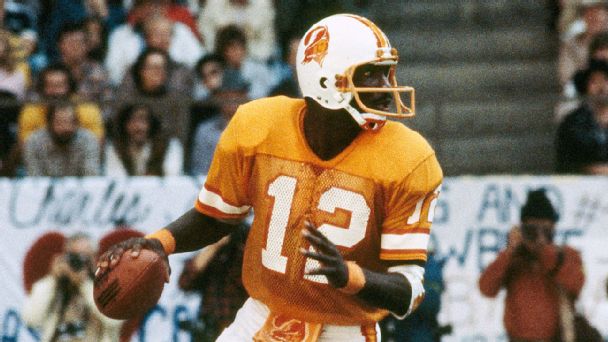 Kinlaw arrives in the league with some questions about a knee flare-up that contributed to him departing the Senior Bowl before the week was over. While both Kinlaw and the Niners have said they are comfortable with the knee, it still bears monitoring in the early parts of camp, especially since Kinlaw doesn’t have the benefit of a full offseason program because of the coronavirus pandemic.

While there shouldn’t be too much to think about given the Niners’ penchant for asking their defensive linemen to attack, the lack of reps in the offseason means fewer chances to develop cohesion with his fellow linemen on the many twists and stunts that defensive coordinator Robert Saleh likes to deploy. It also means less on-field opportunities for line coach Kris Kocurek to help Kinlaw polish his technique.

But Kinlaw is already beginning to fit in. He has been added to the defensive line’s group text thread, in which teammates such as end Dee Ford, tackle D.J. Jones and Bosa send along workout videos and motivational messages as a means to keep one another motivated.

And while Kinlaw will look to carve his own NFL path, there is one similarity to Buckner he hopes to embrace.

“I was watching DeForest since he was coming out of college,” Kinlaw said. “I know he started off as a raw player and he developed into a monster. I feel like once I can get that type of coaching, I can probably be somebody like him.”