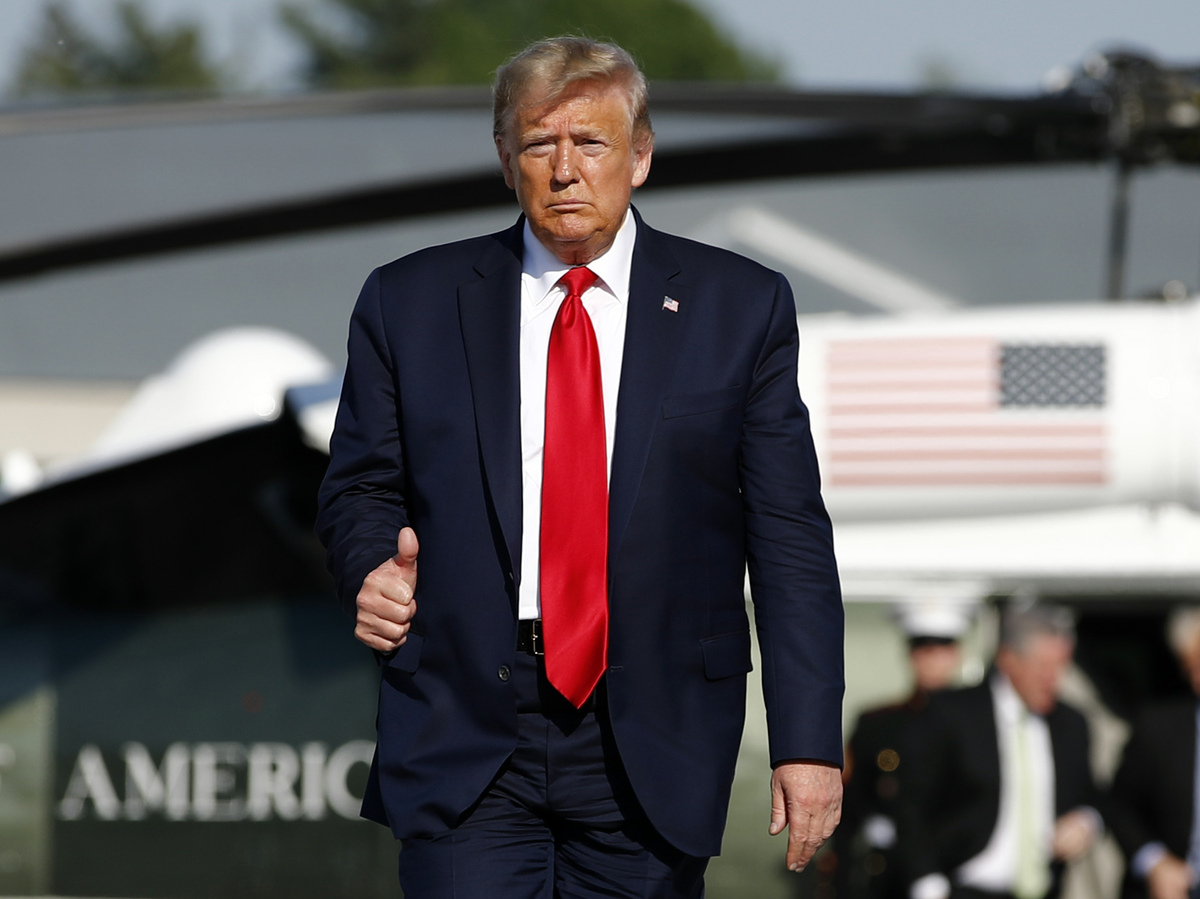 President Trump is once again weighing in on a culture war topic he helped elevate: NFL players kneeling during the national anthem.

NFL Commissioner Roger Goodell said last week that the league was “wrong for not listening to NFL players earlier” on issues of race and oppression.

“Could it be even remotely possible that in Roger Goodell’s rather interesting statement of peace and reconciliation, he was intimating that it would now be O.K. for the players to KNEEL, or not to stand, for the National Anthem, thereby disrespecting our Country & our Flag?” Trump tweeted late Sunday night.

Could it be even remotely possible that in Roger Goodell’s rather interesting statement of peace and reconciliation, he was intimating that it would now be O.K. for the players to KNEEL, or not to stand, for the National Anthem, thereby disrespecting our Country & our Flag?

The NFL Commissioner released a video message on Friday that offered condolences to the families of George Floyd, Breonna Taylor and Ahmaud Arbery. All three are African American. Floyd and Taylor were killed this year by police, and in the case of Arbery, one of the three white men accused of his murder is a retired law enforcement officer.

“We at the National Football League condemn racism and the systematic oppression of black people,” Goodell said.

As NPR reported on Friday, Goodell released his statement after nearly 20 players called on the NFL to take a stronger stance amid the nationwide protest against police brutality against black people.

Kaepernick and others say that kneeling during the Star-Spangled Banner is intended to shine a spotlight on injustices against people of color in the U.S.

The issue of players kneeling was thrust back into the spotlight following recent comments from current NFL star Drew Brees, the New Orleans Saints quarterback. In an interview published Wednesday in Yahoo Finance, the NFL’s all-time passing yardage leader said he’ll “never agree with anybody disrespecting the flag of the United States of America.”

Brees apologized in an Instagram post following criticism, and later used his social media platform to speak directly to the president.

“Through my ongoing conversations with friends, teammates, and leaders in the black community, I realize this is not an issue about the American flag. It has never been,” Brees said. “We can no longer use the flag to turn people away or distract them from the real issues that face our black communities.”

In the past, Goodell has agreed with Trump on this issue. In a 2017 memo to all 32 NFL teams, he said, “we believe everyone should stand for the National Anthem. It is an important part of our game.”

Throughout his presidency, Trump has accused players kneeling during the anthem of disrespecting the flag and the nation.