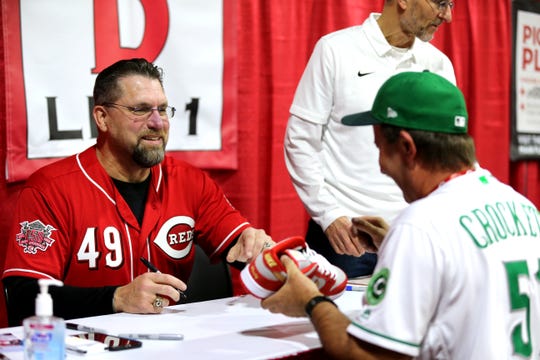 From Dibble on Saturday night:

To hear The MLB owners say it’s not a profitable business and The Players aren’t negotiating in good faith, then it leaks you have a new billion dollar TV postseason deal starting in 2021, I have to ask,do you even like Baseball? Just pay them and start the season. Please

MLB and Turner Sports reportedly agreed to a new billion-dollar deal for the network to continue broadcasting postseason baseball. MLB owners have a conference call Monday – according to USA TODAY’s Bob Nightengale – to determine the next course of action concerning the 2020 season.

The Enquirer’s Paul Daugherty wrote Monday in The Morning Line that MLB’s proposed 48-game schedule is “cheap … the cubic zirconia of seasons.”

Dibble, a member of the Nasty Boys who pitched for the Reds from 1988 to 1993, shared criticism via Twitter of MLB commissioner Rob Manfred earlier this year for Manfred’s handling of the Houston Astros’ sign-stealing controversy.