A game between the Atlanta Hawks and Houston Rockets earlier this year before the pandemic ended the NBA season. The Hawks have announced plans to use their arena as an early voting site for upcoming elections. 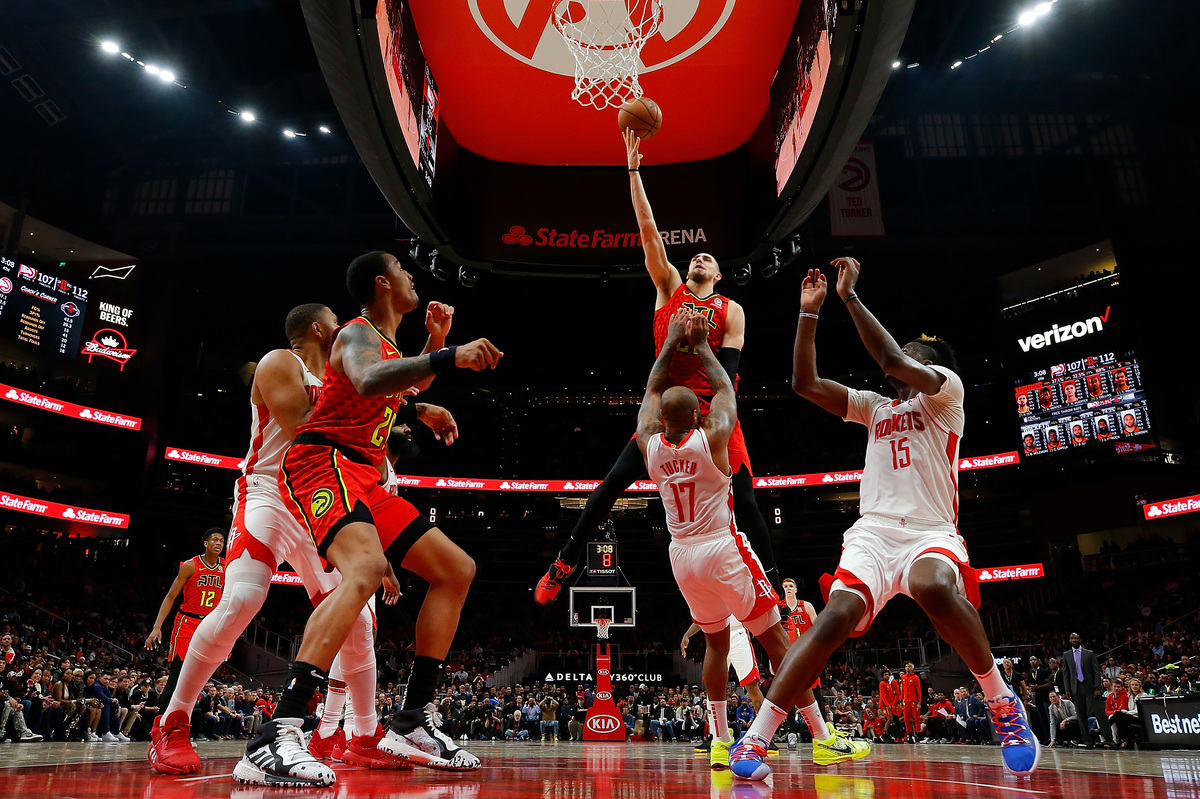 A game between the Atlanta Hawks and Houston Rockets earlier this year before the pandemic ended the NBA season. The Hawks have announced plans to use their arena as an early voting site for upcoming elections.

The Atlanta Hawks have committed their arena as an early voting site for Georgia’s upcoming elections. The basketball team has also challenged other NBA teams to become civically involved ahead of the November election.

In a press conference Monday, leadership from the Hawks and Fulton County, where the team is based, announced that hundreds of State Farm Arena staff will be trained as volunteer poll workers, parking around the area will be free for voters and several team-controlled billboards will push “get out the vote” messages beginning in July.

“We aim to be a community asset, and in order to fulfill that goal, we need to be more than just a basketball team,” Hawks CEO Steve Koonin said. “We’ll utilize our arena for all aspects of voting.”

The partnership comes as election administration in Georgia – especially in Fulton County – is under scrutiny following the disastrous June 9 primary that saw long lines and voting machine issues lead to accusations of voter suppression and investigations by both Democrats and Republicans.

State Farm Arena will be one of 19 locations in Fulton County open during the three-week early voting period ahead of the state’s Aug. 11 runoff, and will also be open for early voting during the November general election.

The 700,000 square foot facility holds 21,000 people for basketball games but will be configured to hold hundreds of ballot-marking devices spaced throughout the arena floor, and officials promised social-distancing protocols would be followed to keep voters safe.

During last week’s primary elections in Kentucky, polling places in the state’s biggest cities were consolidated into giant voting centers in arenas and convention centers that mostly operated smoothly, allowing voters enough space to keep a distance from others.

Hawks Coach Lloyd Pierce, a Black man who has been outspoken on social justice issues and is chair of the NBA’s racial justice committee, said he would urge his fellow coaches and teams to open up their doors to the community and promote participation in the electoral process.

“This will be a challenge to 29 other coaches in our league,” he said. “We want to get 30 cities in our country being able to take part of everyone’s right, which is the right to vote.”

The Hawks’ announcement comes as political activism is sweeping the worlds of sports and entertainment.

Earlier this month, Los Angeles Lakers star player LeBron James told The New York Times that he is starting a voting rights-focused group with other prominent Black athletes and entertainers.

“[W]e feel like we’re getting some ears and some attention, and this is the time for us to finally make a difference,” James told the newspaper.

The Hawks’ players will also feature in social media advertisements and other initiatives to encourage Fulton County residents to take advantage of early voting options and avoid longer lines on Election Day.

Hawks officials also said the facility’s practice court and media dining room would be turned into the county’s hub for processing and tabulating absentee ballots on election night in November.

A record 1.1 million Georgians voted absentee in the June 9 primary election and the secretary of state’s office is anticipating as many as 2.5 million will vote that way in the general election.